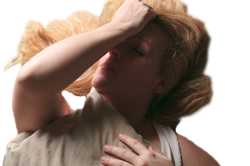 Prolonged use of opioids can cause psychological and physical dependence1. Opioids are abused2 for their euphoriant effect. However, concerns about dependence should not lead to withholding of an opioid for managing opioid-responsive pain. pain.

Dependent individuals have a strong urge to keep taking the opioid so as to prevent unpleasant withdrawal symptoms. Development of tolerance3 leads to a need for increasing doses.

Withdrawal symptoms begin within a few hours of abrupt discontinuation of an opioid and are usually at their worst within 36–72 hours, followed by gradual diminution of the effects. Withdrawal effects, some of which resemble ’flu-like symptoms, include:

Chronic opioid use, especially when the opioid is no longer necessary to relieve pain can lead to dependence.

Opioid withdrawal effects, though very unpleasant, are not generally life-threatening, but they may have more serious consequences in debilitated or frail individuals.

In the management of acute pain, reduce the opioid dose as pain diminishes. If an opioid is no longer required to treat pain, withdraw it gradually.

An opioid should not be continued if the pain does not respond to opioid treatment.

The patient should be committed to the withdrawal programme.

For gradual opioid withdrawal, consider switching to a long-acting opioid such as buprenorphine or methadone. The doses of these drugs can be reduced gradually over several days or even weeks; opioid withdrawal symptoms in addicts can be protracted and take several months to gradually disappear.

Some withdrawal symptoms may be alleviated by specific pharmacological treatment.

Some formulations of buprenorphine are licensed as substitution treatment for opioid dependence5, including treatment of individuals who have not undergone opioid withdrawal. In what circumstances might buprenorphine itself induce withdrawal reactions?