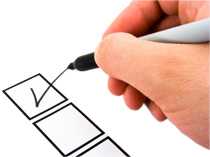 By working through this module, you will have acquired an understanding of the principal risks of SSRIs and how the risks can be managed. The following is a quick reminder of the important points covered: