Seven-year-old Chanaka was given temazepam 15 mg (oral solution) as sedation one hour before scheduled dental filling in a couple of his teeth. Although he was subdued (and clearly anxious) before the dose, he became excitable and restless soon after he took temazepam.

Question 1: Why would Chanaka become restless and excitable after dosing with the sedative temazepam?

Question 2: What would be an appropriate response in this case?

Question 3: Roughly, what is the incidence of paradoxical effects such as talkativeness, excitement and irritability in individuals who take a benzodiazepine?

Rarely, benzodiazepines can cause ‘paradoxical’ effects; children and the elderly seem more susceptible to this reaction. The reaction can also follow benzodiazepine dose increase. In this case, it seems best to use nitrous oxide for the procedure, once the initial excitability settles. However, a benzodiazepine antagonist (such as flumazenil) should not be used. 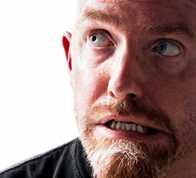 Paradoxical effects may be accompanied by amnesia (transient global amnesia)—affected individuals may have no recollection of their aberrant or bizarre behaviour.

The potent benzodiazepine hypnotic, triazolam, occasionally produced a syndrome of severe anxiety, paranoia, altered sense of taste and smell, reduced tolerance to everyday sounds (hyperacusis), and paraesthesia2; the drug was associated with depersonalisation3, derealisation4 and severe suicidal tendencies. Reports of such disorders led to the withdrawal of triazolam from the UK market in 1991.

Children and the elderly are more predisposed to the paradoxical effects of benzodiazepines. A history of alcohol abuse or of psychiatric disorder may also increase the risk of paradoxical reactions.

A benzodiazepine should be used with extreme caution in people with personality disorders given the potential for inappropriate behaviour, hostility and psychoses.

Paradoxical reactions may also follow excessive dose or rapid injection of a benzodiazepine such as midazolam.

The recommended dose of a benzodiazepine should not be exceeded; a benzodiazepine for intravenous use should be administered slowly where possible. In hospital (eg during surgery or distressing procedures), patients should be monitored for paradoxical reactions.

Individuals and their carers should be advised to contact a health professional if the individual manifests uncharacteristic behaviour.

In some settings (eg during a clinical procedure), it may be necessary to use a medicine to control paradoxical effects or reverse the effects of the benzodiazepine; guidance should be sought from an experienced practitioner.