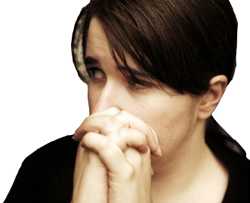 Benzodiazepines are among the most important drugs that specifically produce sedation1 and sleep. They are used for psychiatric and neurological indications including anxiety, insomnia, alcohol withdrawal, convulsions, and muscle spasm; amnesic properties are helpful for surgery and painful or distressing procedures. In 2011 over 11 million prescriptions for benzodiazepines were dispensed in England in the primary-care setting; benzodiazepines accounted for about 60% of prescriptions for hypnotics2 and anxiolytics (for more information, see under Benzodiazepine prescribing trends).

A crucial disadvantage of the benzodiazepines is their potential for inducing dependence4 and the distressing symptoms of benzodiazepine withdrawal. Tolerance5 can develop to therapeutic effects of benzodiazepines and the efficacy of these drugs wanes on persistent use. A benzodiazepine should not be used for longer than 2–4 weeks for the management of insomnia or anxiety. It should be prescribed only for severe symptoms and if interventions such as psychological treatment and sleep hygiene6 have proved inadequate.

During treatment, drowsiness (which could persist for many hours) can affect tasks requiring alertness such as driving.

In all cases the therapeutic benefits of benzodiazepine need to be balanced against potential adverse effects and the possibility of dependence. In addition to inducing dependence, long-term use of benzodiazepine can affect cognitive7 and emotional functioning (see under Sedation and other adverse CNS effects).

Benzodiazepines are deliberately abused for recreational purposes and might be taken in association with other legal and illicit substances; risks arising from such abuse8 are not covered in this module.

The non-benzodiazepine hypnotics zaleplon, zolpidem and zopiclone, share many pharmacological properties of the benzodiazepines; however, they are structurally distinct and are not specifically considered in this module.

Drugs such as barbiturates9 were used for the treatment of insomnia before benzodiazepines came into use. The benzodiazepines are far more selective in their activity and do not have the barbiturates’ potential for profound CNS depression and subsequent respiratory and cardiovascular collapse with excessive doses. However, with use, it became clear that benzodiazepines were associated with tolerance10 and dependence11; withdrawal after long-term use led to adverse effects often mimicking symptoms for which the benzodiazepine was originally prescribed.

Persistence of benzodiazepines in the body

The persistence of benzodiazepines in the body can be categorised by their half lives as follows: