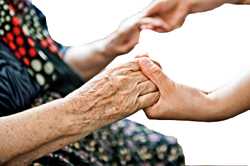 The elderly are more prone to the adverse effects of benzodiazepines because of:

Frailty increases the risk of harm from benzodiazepine adverse effects; in addition to weakness, reduced function of various body organs and systems can further contribute to complications.

Many elderly people receive several medicines (‘polypharmacy’); this raises the potential for interaction with benzodiazepines, thereby increasing the risk of excessive sedation, respiratory and cardiovascular impairment, and mental effects such as confusion.

Having established that a benzodiazepine is essential for treatment, the initial dose in the elderly should generally be half the usual adult dose.

A short-acting benzodiazepine should be chosen for the elderly to reduce the possibility of accumulation and consequent side effects.

With support and encouragement, it may be possible to help elderly long-term users of benzodiazepines to come off them and benefit from reversal of reduced mental acuity and memory.