Jacqueline, a 57-year-old lady, is a 30-a-day smoker with mild chronic obstructive pulmonary disease. She recently sought your advice on smoking cessation. She works full-time as a book-keeper and has recently moved out of a council flat into a house, which she and her partner have purchased. The busy railway line running behind Jacqueline’s new house is keeping her awake and affects her concentration at work. Which one of the following actions might seem reasonable in these circumstances:

1. It is best to start with the advice on sleep hygiene and seeing how this goes. Making changes to Jacqueline’s preparation for bedtime is a better option than to start her on a hypnotic medicine. A 5-day supply of temazepam (4) might be a second-line option if sleep hygiene measures fail; the possibility of clinically significant respiratory depression should be borne in mind. Supplying a hypnotic for any longer, especially without intervening checks, would be inappropriate. Quitting smoking, though a desirable long-term goal, might best be delayed until Jacqueline has settled down and the stress of moving house is well behind her. 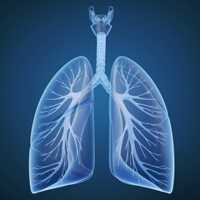 Factors that increase the risk of respiratory adverse effects include airway disease, CNS depression from another cause, coma, neuromuscular disorders such as myasthenia gravis1, and sleep apnoea syndrome.

Co-administration of a benzodiazepine with other CNS depressants—including alcohol, antidepressants, sedative antihistamines2, antipsychotics, general anaesthetics, other hypnotics or anxiolytics, and opioid analgesics—can increase the risk of respiratory adverse effects.

Intravenous administration of a benzodiazepine increases the risk of significant respiratory depression.

The recommended dose of a benzodiazepine should not be exceeded and a lower dose may need to be selected when given in conjunction with an opioid in anaesthesia.

Benzodiazepines should be avoided, or used at a low dose and with careful monitoring, in respiratory depression, neuromuscular respiratory weakness and myasthenia gravis, acute pulmonary insufficiency, and in individuals with obstructive sleep apnoea syndrome.

A benzodiazepine should be given with care to elderly or debilitated people because they are more prone to adverse effects. The dose should also be reduced in hepatic or renal impairment.

Facilities for resuscitation must be at hand when a benzodiazepine is given intravenously (eg in anaesthesia, for delirium tremens or status epilepticus); the benzodiazepine should be injected slowly.