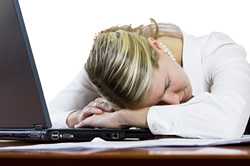 Dose-related unwanted drowsiness and sedation are the most common adverse effects of benzodiazepines. With increasing dose, sedation progresses to stupor1.

Drowsiness from a benzodiazepine can persist the following day and interfere with activities requiring alertness.

The depressant effect of benzodiazepines is selective for certain brain structures and quite different to the CNS depressant effects of volatile anaesthetics (such as isoflurane and sevoflurane) or barbiturates (such as phenobarbital and thiopental); an excessive dose of a benzodiazepine rarely leads to coma or profound respiratory or cardiovascular depression (see also under Respiratory adverse effects and Cardiovascular adverse effects).

Because of their muscle relaxant properties, some benzodiazepines are licensed for the management of painful muscle spasms and certain dystonias and involuntary movements. However, in other circumstances, benzodiazepines can occasionally produce muscle weakness and poor muscle coordination (ataxia).

Long-term use of a benzodiazepine is associated with:

The ability to drive or operate machinery may be impaired by benzodiazepine-induced drowsiness (which may be persist to the following day), as well as by other less frequent effects such as ataxia7. A driver’s use of a benzodiazepine increases the risk of motor traffic accident—inability to maintain road position may account for much of the increased risk. Interplay between the condition for which a benzodiazepine is prescribed and the CNS effects of the benzodiazepine will affect overall driving ability. The ability to drive and undertake skilled tasks may change as the condition responds to treatment and also as tolerance develops.

The Driver and Vehicle Licensing Agency (May 2012) states: ‘Benzodiazepines are the most likely psychotropic medication to impair driving performance, particularly the long acting compounds.’

In those with physiological CNS depression (manifested, for example, by reduced breathing rate, reduced heart rate and reduced level of consciousness), a benzodiazepine can further impair CNS function. Those with hepatic or renal impairment are at risk of benzodiazepine accumulation and, therefore, at higher risk of CNS depression.

The risk of CNS depression increases with the potency of a benzodiazepine and its persistence in the body (see table of equivalent doses under Dependence and withdrawal).

The incidence of benzodiazepine-induced CNS adverse effects is higher in the elderly, especially in the frail. The elderly are at higher risk of confusion, falls and of hospitalisation; long-acting benzodiazepines may be particularly problematic.

Concurrent administration of alcohol or another CNS depressant substance (see Interactions) can be hazardous.

Use of a benzodiazepine in patients with myasthenia gravis8, which involves impaired neuromuscular transmission, may increase the risk of muscle weakness.

The benzodiazepine dose should be reduced in the elderly, the frail and those with marked hepatic or renal impairment. In these individuals benzodiazepines that are less liable to accumulation should be selected.

Can you think of the costs (to society and to the individual) associated with long-term use of benzodiazepines?