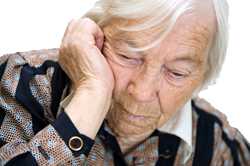 Single doses of a benzodiazepine before surgery and medical procedures help to induce sedation and a period of amnesia: events that occur while under the effects of the benzodiazepine may not be remembered (anterograde amnesia). However, memory loss arising from multiple doses is undesirable and affects cognitive functioning.

Continuing use of a benzodiazepine can impair episodic memory—ie memory of recent events, of the circumstances surrounding them and of the order in which they occur. Also, benzodiazepine-induced disruption of event memory can lead to almost total lapses of memory (‘transient global amnesia’) several hours after taking the benzodiazepine. With transient global amnesia, the individual has no recollection of activities that might have lasted a number of hours; the ‘blackout’ may cover perfectly routine activities or activities that involve uncharacteristic antisocial behaviour.

The prescribing of a benzodiazepine to relieve distress may be disadvantageous because amnesic effects can inhibit appropriate psychological adjustment to loss or bereavement.

Flunitrazepam (no longer on the UK market, but formerly marketed as Rohypnol for treating insomnia), is a highly potent benzodiazepine. Its abuse potential may be greater than that of other benzodiazepines; it is particularly associated with inability to recall personal experiences or certain events while under its influence (up to 8–12 hours after a 1-mg dose). Lack of taste and odour allowed the drug to be introduced surreptitiously into drinks; for this reason, some manufacturers incorporated a blue dye to increase the chance of it being noticed when added to drinks.

Older people are especially susceptible to memory impairment. Further, they are often prescribed a cocktail of medicines (‘polypharmacy’), increasing the changes of other medicines contributing to effects such as confusion and memory loss. In elderly people taking a benzodiazepine, forgetfulness or confusion must not be put down simply to ‘old age’ or dementia.

Memory loss from prolonged use of a benzodiazepine can significantly affect mental functioning and the impairment may last for months or years after stopping treatment.

Benzodiazepine-induced memory impairment may be particularly marked in heavy drinkers.

Benzodiazepines should be used for the shortest possible period and, for many indications, it should not be continued beyond four weeks.

A benzodiazepines should be avoided in an individual already being treated with substances that impair memory or cognitive function.

To reduce the effect of anterograde amnesia, where possible, the individual should be allowed to sleep uninterrupted for several hours after a dose of benzodiazepine.

There is no specific treatment to reverse benzodiazepine-induced memory loss. The benzodiazepine should be stopped as soon as possible, but memory impairment after prolonged use may persist for a long time after discontinuation.